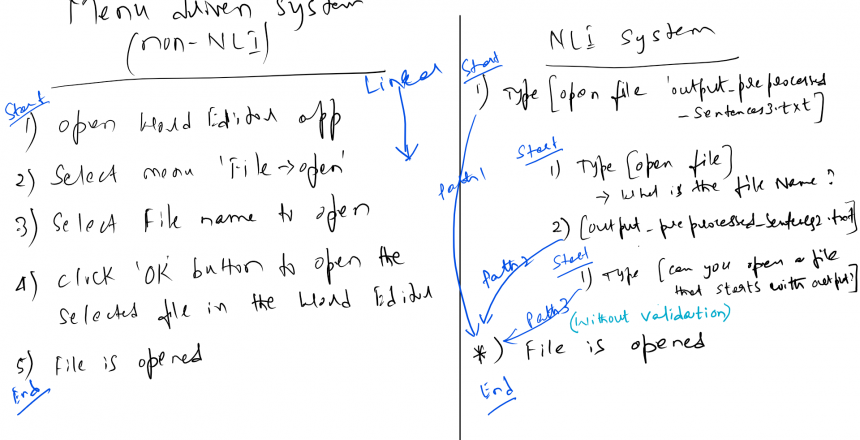 This post is the first of a three part series on NLI (Natural Language Interface). The other two posts in the offing are: Types of applications which are implementing NLI and Tools/ Technologies that are used to build NLIs.

Natural language is one of many ‘interface styles’ that can be used in the dialog between a human user and a computer. There is a significant appeal in being able to address a machine and direct it’s operations by using the same language we use in everyday human to human interaction*.

Using the example of opening a file in a text editor, the featured graphic above attempts to further explain the above points by comparing a non-NLI with an NLI implementation.

In the next post, we’ll build an application that implements NLI using the above example.